Our Stay in Woodstock, GB


We are currently in Woodstock, England. It is a 10 minute walk to the Blenheim Palace. 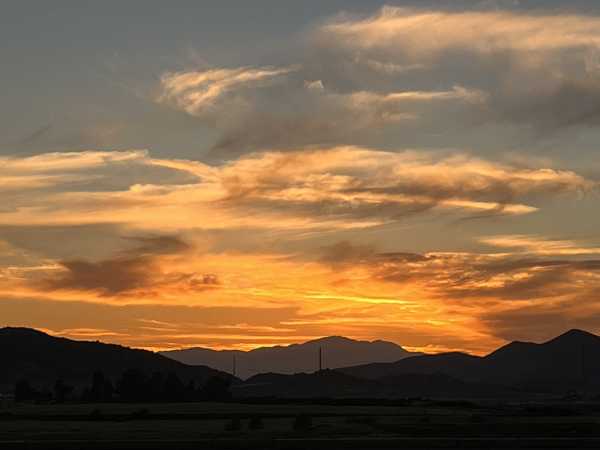 The sunsets here in Menifee are pretty wonderful.

My hubris was my downfall


Hello! So, my blog was offline for a month here, just got it back online. And now, what is this.. ~ 4 years of posts are missing? Well, what happened? Like always, it was a problem of my own creation.

So, my friends let that be a lesson to you. Back up your content! I do sort of have my archives, but I'll need to manually update this to backfill them. So I expect about 1-2 a week.

Setting up Laradock for multiple projects with Nginx


Laradock is a handy tool. Basically it has a ton of pre-configured docker containers, and you can pick and choose for the dev environment you need. However, every time I set up laradock on a new system I forget how to set up the directories and configure nginx to properly serve them up.

The default env-example (that you copy and rename to .env) has this info at the top:

This means laradock thinks anything in the directory above it is data it should access. Within containers, /var/www points to the host o/s ../, the directory that the laradock directory sits in.

So! When configuring laradocks nginx to have multiple sites, you just point the root accordingly.

In the laradock/nginx/sites directory, you'd cp default.conf project_1.conf. (Or anything, the name of the conf file doesn't matter). Edit the project_1.conf like so:

Now (assuming you've altered your /etc/hosts to have 127.0.0.1 project_1.test), when laradock/nginx serves up the project1 site, it will look at your project1 directory for the content!

Let's say project_2 has a structure in it like:

You'd want nginx to serve up the project_2/public directory.

This always trips me up and costs me a little time. Hopefully I'll remember it for next time, and also maybe it will help others.

Getting psf/psf2/spc audio files to play in OSX


So, I'm an old man. I love soundtracks from games from older consoles. While yes, you can get mp3s or stream the soundtrack from YouTube, in my opinion the best way is to listen to the original files.

I don't pretend to know how it all works, but talented people can take the game music out of console games into a native-ish format. When you listen to it, the codec basically perfectly recreates the synth/music. For Super Nintendo, it's the spc file. For Playstation 1 and 2, it's a combination of minipsf/psf/psf2 files.

Anyway, I have lots of these original soundtracks. In my Windows OS days long, long ago I would load up WinAmp with all kinds of output plugins to play these kind of media files. Good times.

Then, for various reasons I started using Apple products. There is no WinAmp for OSX, and I could find no way to play my soundtracks of choice. I sighed, grumbled, and moved on.

Then! Then! Like 10 years later I've figured it out, and it's super simple. Audacious is an open-source audio player, and it supports all these older codecs no problem. When you go to their site, it isn't obvious that there's a way to get it to run in OSX, but there is.

You'll need to have Homebrew installed, but you probably should anyway because it's super helpful. Then it's just a matter of:


I've been starting to do the #Wii Fit Plus almost day.2 yogas, 1 strength and 1 cardio (normally a run). I love it.


This is something I ran into for a long period of my life. I recently started a friendship with someone and they expressed that they suffer the similar condition, so I wanted to share my experiences and how I got past it.

It comes down to work and not being able to spend time creating something, or writing something from scratch.

Whenever you have extra time, you're always thinking about the other things you could be doing. Learning something new to further your career, working on some extra work to try to make more money, and so on.

I used to be really stuck in this loop. I had ideas for stories I wanted to write, or games I wanted to develop, but I couldn't do it. Whenever I would maybe have the time to work on it, my brain would always be whispering, "You should be doing this other thing, or you should be learning this other thing. Writing stories is a waste of time. Developing games is just a waste of time."

This is related, although it doesn't seem like it. One time, my wife bought a canvas for me to paint. I've never painted on a canvas in my life up until this point. I decided to paint a science-y kind of picture, just a star field. I did this and it took about two hours, and I was happy with the results. I realized several months after that that during the creation of it, I had none of those whispers of self doubt in my head.

There is fundamentally no difference between painting a picture, or writing a story, or developing a game. I am a software developer, and the way I create is writing software. So, creating a game and working on that game is a form of art. Art doesn't necessarily have to have a financial end, that's not the point of art.

Once I realized this, I found out that I was able to work on small side projects that would in all likelihood not make any money. Whenever the whispers would start to happen in my mind, "You should be working on something that makes money", etc, I could just remind myself that I am a human. It is important for me to make art.

If you have similar whispers, I encourage you to remember.. You are a human! Art is important, and your medium can be whatever you want it to be.


Issues when trying to run pip install mysqlclient in OSX 10.12. I was getting:

I hope this helps someone else! :)


Issues when trying to pip install Pillow in OSX 10.12. I was getting:

I hope this helps someone else! :)